This, dear reader, is it.

After four years, thousands of pages, and a lot of coffee, Wireframe magazine’s time is drawing to a close. A confluence of factors mean that issue 70, out today, is the final edition in print.

The new edition is available exclusively online right now, so you can get a copy delivered to your door by ordering it directly from our website. 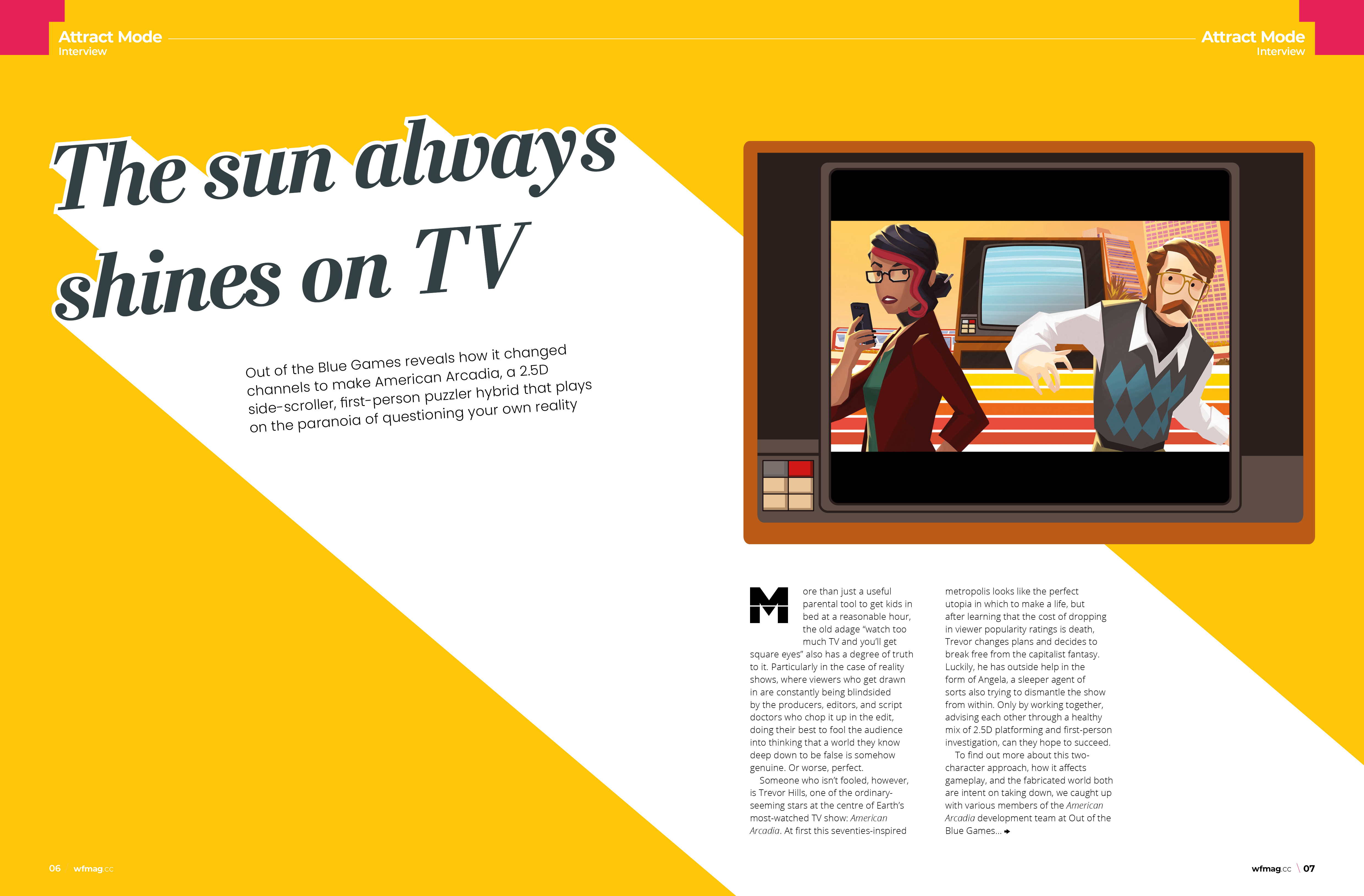 So what do we have packed into our last issue? You'll find all this and lots more:

We dig into the making of puzzle-platformer American Arcadia, the most paranoid game of 2023. A gathering of high-profile indie designers tell us about the challenges of adapting their hit games for mobile devices, and we chat to the developers still making game cartridges for the Sega Mega Drive.

Elsewhere, we take an early look at the innovatively lethargic puzzler, Exhausted Man, celebrate WayForward’s long-running series, Shantae, and look ahead to the year’s most exciting games, large and small. Over in our Toolbox section, there’s a guide to generating changing seasons in Unreal Engine 5, the code you’ll need to make your own tower defence game, and some careers tips from veteran audio director, Jon Newman.

Then there’s all this:

Plus you'll find our usual selection of news, previews and reviews, including our verdicts on Somerville, The Callisto Protocol, Goat Simulator 3, and more. Get your copy of Wireframe

Physical copies of Wireframe are available online at the Raspberry Pi Press store - and yes, we'll deliver to just about anywhere in the universe.

If you prefer, there's also the option to download a PDF if you'd like a handy digital version.

A heartfelt thank you to everybody who’s helped make Wireframe what it is. Whether you’ve contributed, brought a paper edition, or downloaded a PDF, you’ve played a pivotal role in helping us explore all that’s creative, original, and downright unusual in the world of video games over the past four years.

Wireframe will return in an evolved form, so keep an eye on wfmag.cc or Twitter for future developments. Until then, thank you for reading. It’s been a blast.